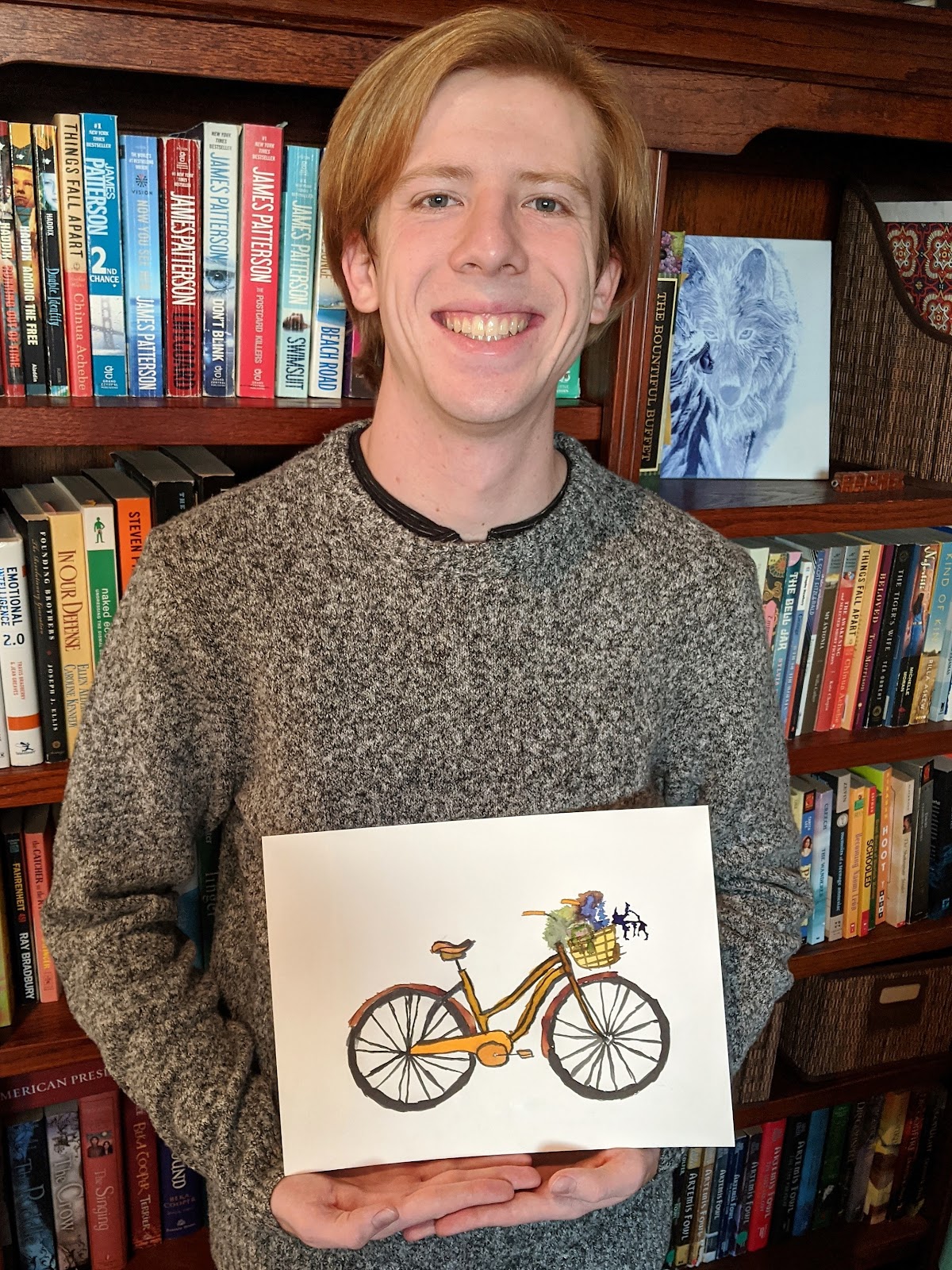 Please help us welcome Wyatt Archer as a new intern in the Bikeway & Pedestrian Program. Wyatt will be joining us for the next year or so, and we look forward to having him on board. His introduction in his own words follows, and – we’ve got to say – it sounds like a match made for a tandem bicycle.

I’m Wyatt Archer, a second year graduate student at the University of Memphis in their City and Regional Planning Program. I have a passion for making walking, biking, and transit safer and more accessible. Recently, I interned with the Memphis Area Transit Agency, and I look forward to becoming part of the Bikeway & Pedestrian Program.

My background is in material science, and I have worked in multiple laboratories doing soil and water quality testing, flexible polymer development, and analysis of limestone aggregate used for homes and roadways. While working in Nashville, I became interested in transportation after realizing that I loved biking around the city, but it was dangerous without widespread, well-designed infrastructure to support cyclists. It was difficult to both safely and quickly run errands. I found that even though my friends lived less than 3 miles from me, the safest way for me to reach them took over 6 miles.

During my years in Nashville, I volunteered with Walk Bike Nashville, a local advocacy group that promotes safer streets for all users. I helped them with a variety of projects, including assisting in their Open Streets events, canvassing for bike lanes, and aiding their Walk the Pike program. I hope to use my past experiences and my opportunity to learn from the team at the Bikeway & Pedestrian Program to help create safer experiences for pedestrians and cyclists in Memphis.

With just a few minor punch-list items remaining – moving a sign here and placing a sod square there – the recent construction phase on the long-awaited Hampline is complete. Throughout the final stages of this construction, the cycle track was already supporting a surprising number of users and admirers of all ages, abilities, and geographies. That’s right, the outpouring of love has not been limited to Memphis locals. Strong Towns paid a recent visit to Broad Avenue and highlighted the ongoing transformation of the corridor that, over a decade in the making, sprouted the initial vision for The Hampline.

If you have tested out the fresh pavement, triggered the automatic bicycle detection signals, crossed over for some curb-side pick up, or simply passed by, you, undoubtedly, still have some questions. So, what about the rather precarious tightrope sidewalk at East Parkway and Sam Cooper? The good news is, we have some updates.

Fixing the Gap at East Parkway

For the Thrive at the Park (formerly known as Overton Gateway) section of the Hampline, the City has an agreement with the residential developer to complete a 12-foot-wide concrete path at this western terminus as a feature of their development plan. We’re talking about the section of the Hampline along Sam Cooper from East Parkway to Broad Avenue. Overall, some grading issues and the current pandemic have generated some delays in the developer’s construction schedule of Thrive at the Park. In addition, with the current trajectory of the economy, the developer has made the decision to postpone the construction timeline of this phase of Thrive – aka Overton Gateway North – located on the north side of Sam Cooper.

According to the latest update from the developer, the re-construction of this segment of the Hampline will begin as soon as weather permits, and the interim material will be compacted road aggregate. With the current postponement of construction on the northern phase of Thrive at the Park, the existing 2-foot-wide path will remain in place. Whenever construction resumes on Thrive‘s northern phase, the 2’ wide path will be again utilized as a temporary detour. A final, concrete 12-foot-wide Hampline segment will replace the compacted road aggregate path as the final construction of the planned development is completed.

More in the Works

Although the Hampline has been years in the making, there is still more to come for its full completion. Already in the Bikeway and Pedestrian Program we’re planning for a next phase to replace (bit by bit) the faded paint and bollards between Collins and Lipford with more robust concrete islands and medians. We’re also envisioning possible future extensions to the south to the Central Library and to the east to the planned Heights Line on National St. For now those extensions are just dreams, but, then again, ten years ago the now nearly complete Hampline was a mere dream.

In the meantime, if you are able and inclined, experience the Hampline in its most evolved stage to date. Through the month of June you can bump over the pneumatic tube bike counter we laid out across from the Binghampton Gateway Center  (south of Sam Cooper) and help us quantify how much you admire the safety improvements the Hampline offers.